When we first started going vegan, there were many times we stood in front of an aisle in the grocery store, confused by the list of complicated ingredients on a product, especially when it came to the E numbers. So if you’re having a difficult time making sense of which E numbers are not vegan, know that you’re not alone. We’ve created this detailed guide for you to easily spot which E numbers are not vegan.

First of all, what are E numbers?

Basically, E numbers are codes replacing chemical or common names of food additives used in processed food. They could be either plant-based or come from animal derived sources. However, keep in mind that a food additive isn’t necessarily healthy or safe simply because it’s vegan. For example, E322 (soy lecithin) could cause stomach pain in some people, E330 (citric acid) may trigger allergies in rare cases, and E621 (MSG) is often linked with obesity and metabolic disorders.

This guide doesn’t mention E numbers that are vegetarian and the ones that can be derived from both plant and animal sources (which means it may or may not be vegan depending on the manufacturer that produces them).

In other words, we only highlight the E numbers that are 100% not vegan so you can simply put the item back on the shelf if you find these numbers among the ingredient list.

Cochineal is an insect that produces carminic acid to ward off predators. This acid is the source of red found in carmine. In order to get E120, the insects are ground and boiled and its resultant solution filtered. E120 is utilized as a dye to add a pink or red hue to food so they look more appealing, often found in candies, ice creams, cakes, and other desserts. It’s also commonly detected in body care products and make up like shampoos and red lipsticks.

E441 is obtained from animal by-products, generally through boiling the skin, tendons, ligaments and/or bones of cows or pigs (though could be from other animals too). It’s normally used as a thickening and gelling agent and is often found in chewy sweets like marshmallows, gummy bears, fruit snacks, and jelly babies.

E542 is an edible bone phosphate yet again produced from grinding animal bones (often from pigs bone). Apart from being utilized by food manufacturers as an anticaking agent in powdered products to prevent particles from sticking together or to encourage suspension of one liquid into another, E541 is also a source of phosphorus in food supplements and widely used in cosmetic products, especially toothpaste.

E631 is a food enhancer used to improve the taste of foods. Besides, it’s also used frequently in products like potato chips, instant noodles, and a variety of other snacks to reduce the amount of salt needed. E631 originates from inosinic acid, which is an acid naturally found in a number of animals such as pigs and fish. In some cases, this product can also be sourced through a natural bacterial fermentation process of sugar.

Unsurprisingly, beeswax is a natural wax produced by bees. Usually yellow in color, E901 can be turned into white after drying or processed with hydrogen peroxide. Beeswax has been used commercially as a glazing agent for a long time in the production of plastic, lubricant, candles, cosmetic products, and even as an artistic medium by painters and artists alike.

E904 is made from a resin that is secreted by female lac bugs. This glazing agent is frequently added to chocolate, nail polish, medicine, and paints. Shellac plantations are commonly found in Southeast Asia where lac bugs are being harvested periodically. Some NGOs also reported that workers working at these shellac plantations and processing factories are often exploited and treated badly.

E913 is yet another glazing agent made from animal products. Lanolin is basically the grease derived from the wool of sheep, frequently utilized in beauty products and marketed for their soothing and nourishing properties. While the animals aren’t technically killed for this product, they are normally kept in captivity by large numbers for their wool. The sheep are often genetically modified and selectively-bred to ensure thick and long wool production.

E966 is a synthetic carbohydrate alcohol produced from milk sugar (lactose) derived from whey (milk). It’s said to have up to 40% of the sweetness of sugar and it’s used in a variety of commercially produced low-calorie foods. E966 is generally recognised as a safe additive but may cause flatulence (due to gases released during fermentation).

There you have it - our ultimate guide consists of 9 non-vegan E numbers that you should definitely stay away from! It’s not easy trying to avoid these annoyingly complicated E numbers lurking among the ingredient list of food, drinks, and beauty products we enjoy. Therefore, we’ve created a free handy print out of this guide so you can stick it on your refrigerator for quick reference. Click the button below to download a PDF version of this guide!

Confused no more! You can now stick this non vegan E numbers chart on the fridge door for a quick reference.

Alternatively, keep a copy of this chart on your phone while out shopping for vegan products

We'd love to hear from you!  Do you have any questions about E numbers? Let us know in the comments below! 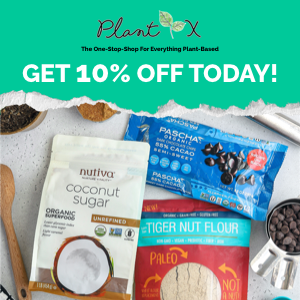 Please check your inbox for the link to download your Non Vegan E Numbers Cheatsheet.